If you ever run out of ideas, get stuck in creativity or simply need some guidance when shooting female subjects, you may use following posing samples as a “posing cheat sheet”. Many pro photographers use such a technique when preparing for and during the photo shoot.

The poses in this article are selected as initial reference. I would advise to look at the poses together with your subject, especially if she’s inexperienced. During a photo shoot don’t hesitate to discuss with the subject which pose is or isn’t working in any particular situation. It’s usually very productive and you both will feel more confident in what you are doing.

1. Good starting pose. And very nice way to make the model slimmer. The model should push her chin forward and tilt it slightly down while at the same time the shoulder up, but not too much! There should definitely be a little gap between chin and shoulder.

2. Most often the best poses are the simplest ones. For female models supporting body on just one leg and curving the body in an S shape is a simple starting rule.

3. Very beautiful way to utilize a wall or some object for a portrait pose. Model should gently touch a vertical surface with her hands.

4. If your model has long falling hair, try showing them in motion. Ask her to quickly spin her head to a desired position allowing the hair to continue the movement. You might want to experiment with different shutter speeds to either capture or avoid a motion blur. These are usually very positive and rewarding shots.

5. Suitable for sitting on a couch or in bed. In order to add some thematic depth, the model could hold a coffee cup in her hands, maybe implying that she is warming her fingers.

6. A nice and cozy pose, very suitable for indoors with the model sitting on a couch.

7. Another variation for a model sitting on a couch.

8. Very nice looking casual pose for a model sitting on the ground. Try different shooting angles, for example, move gradually around the model or change the shooting point’s height.

9. Sitting positions are not limited to casual shots. Don’t be afraid to try some sitting poses also for more formal shots.

10. According to some popular and commonly exploited body language rules, crossing arms and legs means putting up some barriers etc. Even if such beliefs are widespread, it doesn’t mean they are correct. In pictures crossed arms on the chest don’t send any subconscious signs or warnings at all! Crossing arms and legs in all different ways is absolutely fine for people photography.

11. Not always your model needs to “place” hands somewhere specifically. It is absolutely fine to leave them loosely by the sides. The same goes for legs, no exaggerations – one leg supports the weight, that’s the only rule you need.

12. Just another sample for a full height shot you can use as a starting point. Thumbs or hands partly in side pockets also work fine.

13. A very nice pose for summertime. Let her lose her shoes and ask her to walk slowly. Walk and take your shots slightly from behind.

14. Hands behind the back, unusual but very open gesture. She might as well stand and support herself against a wall.

15. Very easy and beautiful pose for a formal portrait. Model should turn a little bit sideways, head turned slightly down and towards the camera.

16. Placing both hands on the waist is also a very photogenic pose. Works well both for half and full height shots.

17. If available, some higher furniture or interior object might be helpful to place an arm on and slightly support the body. This will create a formal but at the same time an open and positive posture.

18. Partly sitting on some object is another very nice pose. Works well indoors as well outdoors in a city.

19. An example of a feminine and fashionable pose for a full height picture.

21. Lovely looking pose for the appropriate settings – the model is supporting herself against some fence or bridge railing or some similar object. Shooting from a side with a large aperture provides good opportunities for a shallow depth of field with a nicely blurred background.

So, there’s something for you to start with. Hope you will find at least couple of poses to work with in different shooting scenarios! Keep in mind that each of the initial sample poses is meant to be only a starting point. Each pose has endless variations! Just be creative and adjust the pose as needed (for example, try different shooting angles and ask your subject to change hand, head and leg positioning etc.)

I believe I can fly,

I believe I can touch the sky…

Let nothing hold you back from
exploring your wildest fantasies,
wishes, and aspirations.
Don’t be afraid to dream big
and to follow your dreams
wherever they may lead you.
Open your eyes to their beauty;
open your mind to their magic;
open your heart to their possibilities.

Dare to dream.
Whether they are in color
or in black and white,
whether they are big or small,
easily attainable or almost impossible,
look to your dreams,
and make them become reality.
Wishes and hopes are nothing
until you take the first step
towards making them something!

Dare to dream,
Because only by dreaming,
will you ever discover
who you are, what you want,
and what you can do.
Don’t be afraid to take risks,
to become involved,
to make commitment.
Do whatever it takes to make
your dreams come true.
Always believe in miracles,
and always believe in you!

what people say about dream

“Life is a game and your mission,
if you choose to accept it,
is to play fully.”
– Wendy Hearn
“Winners lose more than losers. They win and lose more than losers, because they stay in the game.”
– Terry Paulson
“I have not failed. I’ve just found 10,000 ways that won’t work.”
– Thomas Edison
“I’ve missed more than 9000 shots in my career. I’ve lost almost 300 games. Twenty-six times I’ve been trusted to take the game winning shot and missed. I’ve failed over and over and over again in my life. And that is why I succeed.”
– Michael Jordan

Italo Calvino said: The more enlightened our houses are, the more their walls ooze ghosts.

You hear heavy footsteps in the upstairs hallway when you know no one is up there. Doors slam unaccountably. Commonly used items disappear and reappear without caution..

These may be indications that your house is haunted. True hauntings are rare occurrences, and it may be difficult to determine whether or not any strange phenomena you are experiencing in your home might be due to a haunting. For one thing, no one really knows what a “real” haunting is – what causes it or why it starts. There are many theories, of cours

e, which we have discussed in this space in the article “Ghosts: What Are They?” But if you think your house may really be haunted, what can you do about it?se. The kitchen light turns on by itself. There’s the unmistakable scent of a strange

perfume in the air.

THE SIGNS OF A HAUNTING

The first step is to determine, as best you can, whether or not you tru

ly have a legitimate case of a haunting. Not all hauntings are alike, and they may exhibit a variety of phenomena. Some hauntings feature a single phenomenon – such as a particular door slamming shut that occurs repeatedly – while others consist of many different phenomena, ranging from odd noises to full-blown apparitions.

Those are some of the most common experiences of those who think their houses are haunted. Yet even stranger things can happen…

The name is Lim See Min, which i ‘ve to admit, doesn’t quite have the Bond-James-Bond ring to it. As to who I am, I could tell you but then I would have to kill you.

Do people find your name weird?

I hope not! People do have a hard time pronouncing my name though.

So, where do you live?

I live at my house.

Hmmm, so See Min, how old are you?

I’m at the age that would raise eyebrows if said age is divulged. By the way, I celebrate my birthday on June 30. No, I don’t mind annoymous birthday gifts.

Do you enjoy school life?

I do have friends at school, what’s not to like? What I really love, though, is having nothing to do all day. 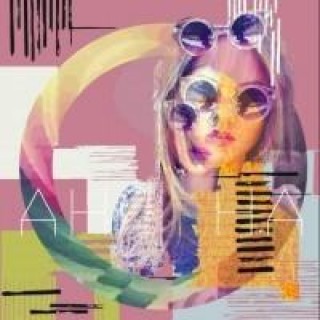 I Am Part Of Wordpress Family Award x2

Always Here If U Need Me Award